But no sooner had Paul met the reflection in the glass than he startedback in incredulous horror – then returned and stared again and again. Surely, surely, this could not be he!
Vice Versa by F. Anstey, 1882, available for free download at Project Gutenberg

The body swap story is a classic. From Vice Versa’s father-and-son swap written in 1882, through Freaky Friday’s mother-and-daughter swap written by Mary Rodgers ninety years later and filmed three times, all the way to recent movies and episodes of television shows like Buffy the Vampire Slayer, Doctor Who and even Scooby Doo – body swaps are here to stay.

There are body swap novels in all genres, and authors include Sir Arthur Conan-Doyle (who you’ll see mentioned in Swapped by a Kiss, where the main setting is a Conan-Doylesque moor!)

Why did I write a body swap novel?

When I finished writing Split by a Kiss, I knew there was a character who still had a lot to say. Rachel Glassman is unhappy in her skin – she’s swamped by feelings of anger and jealousy, and she feels permanently misunderstood. Rachel also has the last word in Split by a Kiss, so it seemed right that she should have the first word in its sequel. Or most of the words, in fact. And it felt natural to base the plot very loosely on Freaky Friday, one of Jo’s favourite multi-version films. Besides, all good body swap books explore the age-old concept of “walking a mile in someone else’s shoes”, and Rachel wants nothing more than to swap her black Goth boots for Jo’s comfy flats – or, more accurately, to swap her imperfect relationships for the ‘perfection’ of Jo’s. Especially if one of Jo’s relationships is with Rachel’s boyfriend…

Read Swapped by a Kiss to find out what happens!

The three movie versions of Freaky Friday are:

The 1976 original, written by Rodgers and starring Jodie Foster as Annabel Andrews.

A Disney version made in 1995 and starring Gaby Hoffman as Annabel.

A 2003 remake starring Lindsay Lohan as the renamed Anna Coleman. 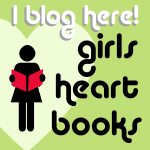